The Grand Duchy of Luxembourg or just plain Luxembourg is one of the smallest countries in Europe. French, German, and Luxembourgish are the official languajes and proficiency in all three languages is required for graduation from secondary school. The city of Luxembourg itself is on the UNESCO World Heritage List, on account of the historical importance of its fortifications.

We visited Luxembourg in 2007. The city is perched high on precipitous cliffs that drop into the narrow valleys of the Alzette and Pétrusse rivers. A stunning panorama! 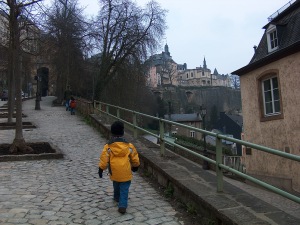 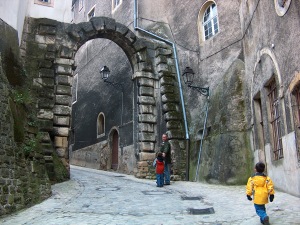 I kept thinking of my grandmother. She used to put a soap called Jardin du Luxembourg in her drawers to make her clothes smell nice. Though I think the brand referred  to the Jardin du Luxembourg in Paris, as we strolled through the real gardens of Luxembourg I kept remembering the smell of that soap and my grandma. The gardens are absolutely beautiful. It’s almost like walking through an old european painting. 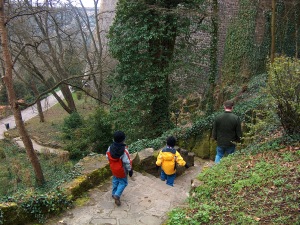 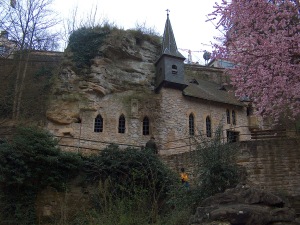 The Romans built a watchtower here in 963 AD, but it was not until the middle ages that a town grew up on the site. Count Siegfried, built a castle on the Bock. The Bock is an extremely strong natural feature, being protected by steep cliffs on every side except for a narrow strip of land in the east, which connects it with the plateau on which the town is situated. Part castle, part fortification, part caves, this World Heritage site is very unique and inspiring. 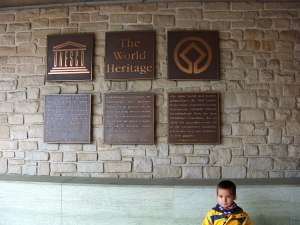 Luxembourg was a very relaxing, quiet place to explore. But even in nice and elegant old Luxembourg Vincent and I almost got run over by a car. Never a dull moment… (Bad drivers live in every corner of the world).

Of all my pictures of Luxembourg this one is my favorite. My sweet four year old Dante taking a small break. 🙂